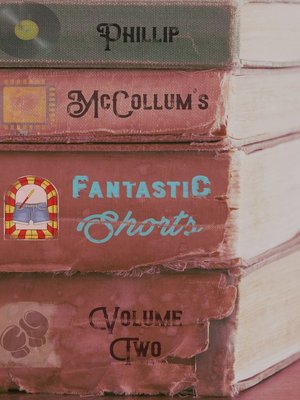 Are you a fan of the upside-down worlds of the Twilight Zone, The Outer Limits, or Black Mirror? How about Stephen King or Neil Gaiman?

Then spend some time reading these 26 twisty, turny stories that cross genres and blur the lines between reality and fantasy.

In Andreiana, it's 1985 and the Soviet Union is about to make its move on the United States. Only a mysterious girl can stop them before its too late.

In Your Punching Privileges Have Been Revoked, an aging boxer is looking for a comeback and an old man seems to offer the key.

In A Letter to the Gubamint, aliens begin to invade Coconut Groves Mobile Home Park and it's up to one citizen to inform the government.

All 52 of Phillip McCollum's Fantastic Shorts are available over two volumes.