Political Speech as a Weapon 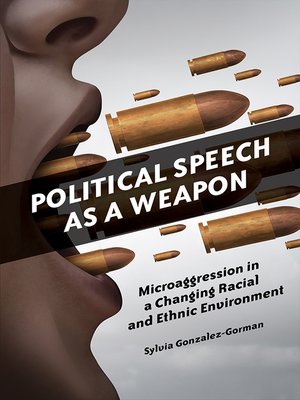 Provides a penetrating examination of how political rhetoric from public officials creates tensions via microaggression cues due to changing demographics, campaign rhetoric, and the use of social media.

Political Speech as a Weapon: Microaggression in a Changing Racial and Ethnic Environment answers these questions and helps readers understand related topics such as nativism, the transformation process of the U.S. population and cultural norms, and how Americans can best respond to evolving conditions to meet these challenges. Author Sylvia Gonzalez-Gorman addresses a blind spot in the field of American politics and connects hostile rhetoric by public officials to the effect of such rhetoric, which leads to the marginalization of groups and a polarizing cultural environment. The book specifically focuses on the role of political rhetoric as a microaggression cue and clearly illustrates how these cues are a well established—and damaging—component of U.S. political culture.