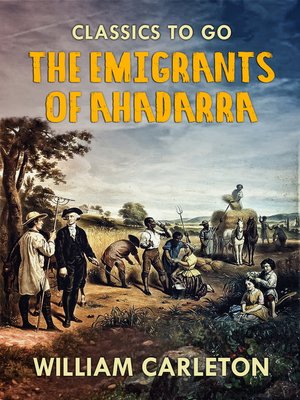 FictionLiteratureMythology
Excerpt: "It was one summer morning, about nine o'clock, when a little man, in the garb and trim of a mendicant, accompanied by a slender but rather handsome looking girl about sixteen, or it may be a year more, were upon their way to the house of a man, who, from his position in life, might be considered a wealthy agriculturist, and only a step or two beneath the condition of a gentleman farmer, although much more plain and rustic in his manners. The house and place had about them that characteristic appearance of abundance and slovenly neglect which is, unfortunately, almost peculiar to our country. The house was a long slated one, and stood upon a little eminence, about three or four hundred yards from the highway. It was approached by a broad and ragged boreen or mock avenue, as it might be called, that was in very good keeping with the premises to which it led. As you entered it from the road, you had to pass through an iron gate, which it was a task to open, and which, when opened, it was another task to shut. In consequence of this difficulty, foot passengers had made themselves a way upon each side of it, through which they went to and came from the house; and in this they were sanctioned by the example of the family themselves, who, so long as these side paths were passable, manifested as much reluctance to open or close the gate as any one else."
FictionLiteratureMythology

More about William Carleton
The Emigrants of Ahadarra
Copy and paste the code into your website.
New here? Learn how to read digital books for free