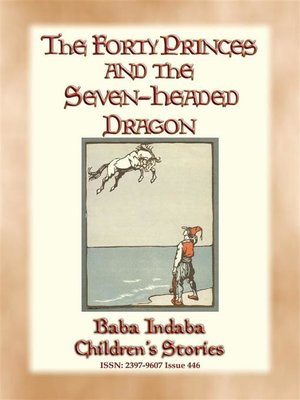 A Padishah (an Eastern King) had forty sons. When it was time to marry, they stipulated that all their wives must have the same father. The Padishah thought about this and eventually said he knew of such a king. But that in order to get his agreement, they would have to face a few challenges. However, he told them how to handle each one.

What happened next you may ask? Where does the seven-headed dragon fit into the story? And what of his warning about staying at the hân (inn). How did everything turn out in the end? Well, you'll have to download and read this story to find out for yourself.

THE FORTY PRINCES AND THE SEVEN-HEADED DRAGON--A Turkish Fairy Tale
Copy and paste the code into your website.
New here? Learn how to read digital books for free