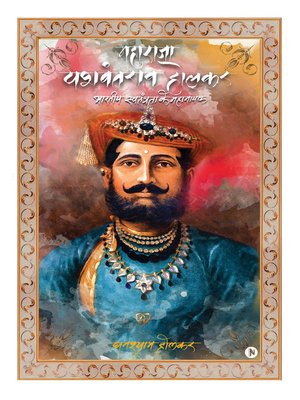 Yashwant Rao Holkar gave direction to the nation. He had planted such a seed of patriotism in the hearts of the masses, that people started raising his voice against english exploitation and atrocities. The Indian dynasty also began to understand that the British had ushered in the chains of the treaty. Yashwant Rao Holkar had brought a new consciousness to the public who had fought the "Akhand Bharat - Azad India".

Yashwant Rao Holkar had screwed up the light that people started to understand the meaning of freedom. He became the ideal of the country's devotees. People gathered in darkness to break the chains of slavery. Yashwant Rao Holkar's annunciation: "We have to rise above the caste religion and have to form a joint religion". It became the original mantra of the revolutionaries. The flame of "the revolution of freedom" which was burnt by them, continued to burn and proved to be effective.

MAHARAJA YASHWANT RAO HOLKAR
Copy and paste the code into your website.
New here? Learn how to read digital books for free