ebook ∣ The Lords of Skeinhold 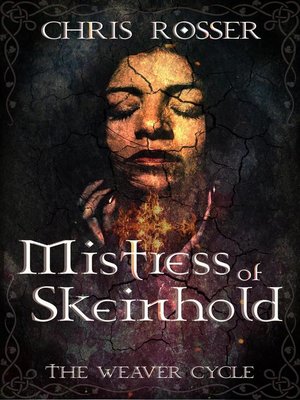 Fame has its price...

A young bard and his master travel to a remote castle in a wild, untamed valley. They uncover a dark secret and set off a chain of events that will alter the fate of two powerful realms.

Owain had waited a year to sing for the Duke of Kas Mendoc. But his master, the renowned Trystan of Langorn, has a change of heart denying him the fame and honour he craves. They journey to Skeinhold Castle in the wild Cae Valley. Bitter and riddled with doubt, Owain wonders if he'll ever emerge from his master's long shadow.

Yet Skeinhold hides a dark secret known only to a dying lord and his runaway kin. The veil between worlds grows thin and Owain's Dreamsight stirs. Who is the Mistress of Skeinhold and why does she possess an artefact thought lost? Can Owain and Trystan discover the truth in time or will Owain succumb to temptation?

Previously published as The Weaver's Boy, the Mistress of Skeinhold is a dark and sensual tale set in a rich fantasy world inspired by the author's native Wales.