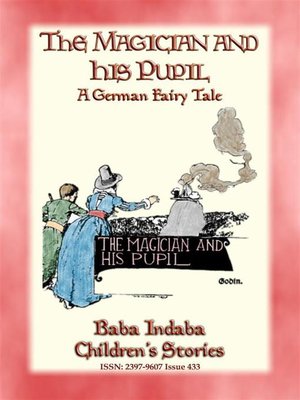 Juvenile FictionMythologyFolklore
ISSN: 2397-9607 Issue 433
In this 433rd issue of the Baba Indaba's Children's Stories series, Baba Indaba narrates the German Fairy tale of "The Magician and his Pupil".

A long, long time ago in Germany there was once a poor shoemaker renowned far and wide as a drunkard. He had a good wife and many daughters, but only one son. As soon as this son was old enough his mother dressed him in his best clothes, combed his hair until it shone, and then led him far, far away; for she wished to take him to the capital, and there apprentice him to a master who would teach him a really good trade.

On the way they met a number of people who wanted to take the boy as an apprentice, but she refused most of them.
Why you may ask? What happened along the way for her to refuse these offers? Who was the boy apprenticed to in the end and why was that person chosen? To find the answers to these questions, and any others you may have, you will have to download and read this story to find out!

BUY ANY of the 430+ BABA INDABA CHILDREN'S STORIES at https://goo.gl/65LXNM

THE MAGICIAN AND HIS PUPIL--A German Fairy Tale with a lesson
Copy and paste the code into your website.
New here? Learn how to read digital books for free