ebook ∣ From the Life of Michael Jordan 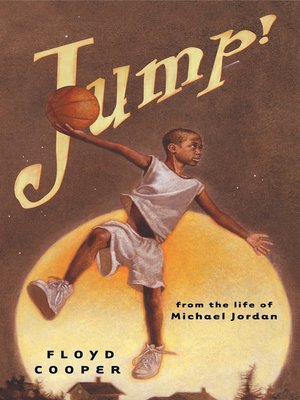 View more libraries...
What was Michael Jordan like as a boy? You might be surprised that the greatest professional basketball player ever wasn't even the best player in his own family!
Michael Jordan was once just an ordinary little boy growing up in a North Carolina suburb, trying to keep up with his older brother Larry. Michael was always good at sports, but it seemed like Larry was always going to be bigger, quicker, and luckier. But Michael never gave up, and his practicing began to pay off. Then one summer day during a backyard game of one-on-one, Larry Jordan's "little" brother took him—and the whole family—by surprise!
Based on actual events, this story of a friendly sibling rivalry is enhanced by Floyd Cooper's stunning two-tone art. Jump! even features a gate-fold depicting Michael Jordan's trademark leap that will send young readers soaring.