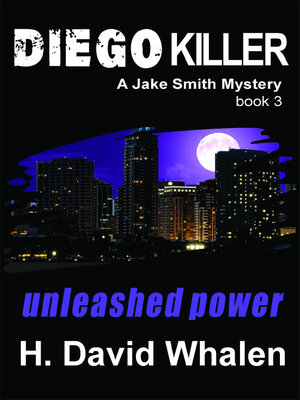 Born under a different identity on the streets of Tijuana, Diego Ortiz and his partner run into troubles with their drug pushing boss. On the run, late one night, he illegally crosses the border into San Diego.
Smart, but not formally schooled, he finds a mentor and his life gets on the fast track. Upon his father figures death, Diego inherits everything and builds an empire. Only not one most people would not be proud of. After his murder, the investigating San Diego police detectives run into a myriad of alphabet agencies already deep into the underbelly of the Ortiz organization.
Interdepartmental cooperation is not the norm. And the monkey wretch is private investigator Jake Smith and his fiance Alexis Dench. His old workmate, Detective Stephen Lyle has a long memory. He wants Smith's head on a platter.
Smith cannot help himself, though trying hard to stay under the radar, he learns and hides too much. Both sides, good, and evil want him off the investigation. Harassment, torture, jail, nothing can deter the man on a mission. It is not his virtue. Smith likes to eat and needs the money, Diego's widow is paying him.
Forgery. money laundering, drug cartels, illegal alien smuggling, payoffs. The list is endless. No one has a hope of discovering all.
Who is trustworthy? Who benefits? Everyone racing to finish the puzzle. The question lingers as who has the final piece.