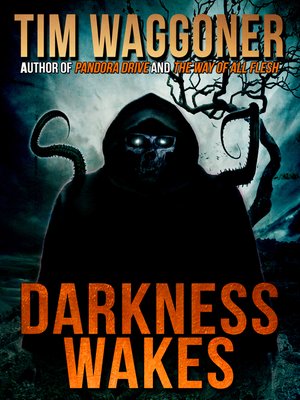 In the small town of Ptolemy, darkness is a living thing. A powerful thing. Its home is in the shadows of a bizarre, hidden club named Penumbra, where it is worshiped by followers who need the pleasure it gives them. They are addicted to it. They live for it. And they kill for it.

When Aaron was first introduced to Penumbra, he thought it was just a secret club where members could indulge their kinkier fantasies. Bit by bit, as he learned the club's true purpose, he began to change in subtle, horrible ways. Now it's time for Aaron to prepare his first human sacrifice to the waiting darkness. It's too late for him to back out now, but murder is the least of Penumbra's sins. The true terror is still to come when . . . Darkness Wakes.