Death on the St. Lawrence 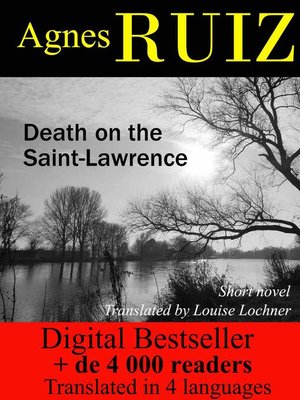 View more libraries...
Detective Toury's niece discovers a dead body on the shore of the Saint Lawrence River. A particularly awkward investigation for Rachel Toury when a family member becomes more involved than she had anticipated... "A tumultuous investigation full of twists and turns for Detective Rachel Toury."
Agnes Ruiz is the author of several best-selling works with over 360,000 copies sold. Her first novel, Ma Vie Assassinée, became a huge success and has been translated into many languages. Her short stories about the investigations of Detective Rachel Toury have achieved acclaim both in Europe and overseas. Though known for her murder mysteries, she also writes for young adults and children. Originally from France, Agnes Ruiz lives in Canada with her family.