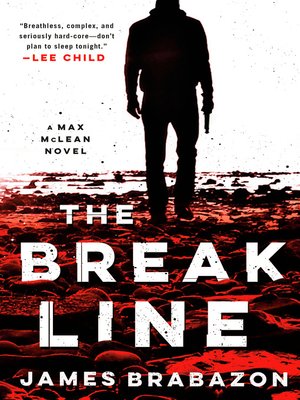 FictionSuspenseThriller
British intelligence operative and hardened assassin, Max McLean, battles a nightmarish enemy in this stunning debut thriller from an award winning war correspondent.
When it comes to killing terrorists British intelligence has always had one man they could rely on, Max McLean. As an assassin, he's never missed, but Max has made one miscalculation and now he has to pay the price.
His handlers send him to Sierra Leone on a seemingly one-way mission. What he finds is a horror from beyond his nightmares. Rebel forces are loose in the jungle and someone or something is slaughtering innocent villagers. It's his job to root out the monster behind these abominations, but he soon discovers that London may consider him the most disposable piece in this operation.
FictionSuspenseThriller

The Break Line
Copy and paste the code into your website.
New here? Learn how to read digital books for free