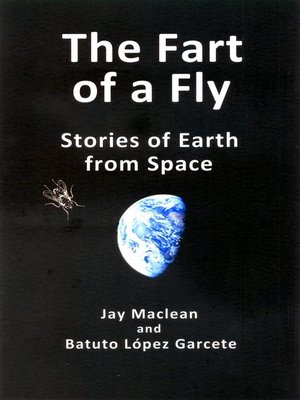 The Fart of a Fly

Stories of Earth from Space

A kindly visitor from another galaxy arrives to find Earth in a bad state. Humans have overrun the planet and are living on a knife's edge, supported by increasingly higher technology to maintain life while the climate changes around them and even the gas from the fart of a fly could tip them over the edge.

Calling himself Astral Traveler, or AT, he brings the two authors together, planting in their heads stories about the disastrous fate of his former planet, which was destroyed under similar conditions that he sees developing on Earth, and stories that illustrate those conditions on Earth—with the resulting future scenarios. The authors are unaware of AT but decide to write this book on the topic.

The stories are mostly set in Australia, Paraguay and the Philippines. They include stories set in plausible futures as warnings of where we humans are heading and healing essays on simple changes to our way of life that promote better futures for both the planet and its peoples. AT also sends the authors on humorous or mysterious sidetracks when he finds something interesting for his readers back home. In the end, AT reminds us we are part of, not apart from, nature. Consequently, most of the advice from AT and the surrogate authors boils down to the principles of love and respect, not only among humans but across the living planet as a whole.

The Fart of a Fly
Copy and paste the code into your website.
New here? Learn how to read digital books for free