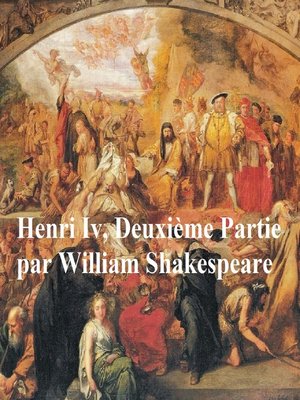 Shakespeare history play, Henry IV Part Two, in French translation. According to Wikipedia: "Henry IV, Part 2 is a history play by William Shakespeare, believed written between 1596 and 1599. It is the third part of a tetralogy, preceded by Richard II and Henry IV, Part 1 and succeeded by Henry V."