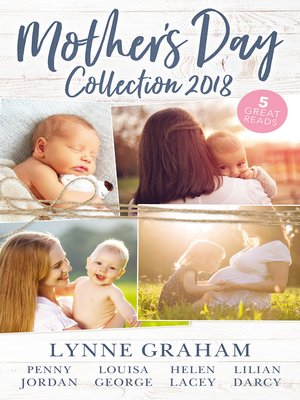 FictionRomance
The Reluctant Husband – Lynne GrahamFrankie thought she'd seen the last of her husband, Santino Vitale – until she discovered her marriage wasn't annulled, and he intended to claim the wedding night they'd never had! But Santino hadn't reckoned on falling for Frankie all over again – or that she could be expecting his baby...The Blackmail Baby – Penny JordanNot long after their wedding, Imogen uncovered a truth about Dracco Barrington that sent her fleeing. Four years later, she needed money. But when Imogen returned to Dracco's London home, she received a shocking offer. Dracco would pay her to stay and be his wife... and have his baby! Imogen seemed to be getting what she wanted – but at what cost?One Month To Become A Mum – Louisa GeorgeJessie Price lost her only chance at motherhood. It's a constant hurt, until she meets sinfully sexy single dad Dr Luke McKenzie and his gorgeous little girl. But as a temporary locum, the clock's ticking – there's only a month to make all her wishes come true...Claiming His Brother's Baby – Helen LaceyTanner McCord had returned to his childhood home to settle his brother's estate – not fall for the woman who'd borne his brother's son! He wants to give single mum Cassie Duncan everything she's been denied, but doing so means confessing the truth about his brother...The Mummy Miracle – Lilian DarcyAfter a horrific car crash, Jodie Palmer spent the better part of a year in a coma. Now she's out, back in the arms of her overprotective family – and the arms of devastatingly handsome attorney Devlin Browne, who she'd just started dating before the accident. But why won't Jodie's family let her be alone with him? And who is that tiny baby in his arms?
FictionRomance

Mother's Day Collection 2018/The Reluctant Husband/The Blackmail Baby/One Month to Become a Mum/Claiming His Brother's Baby/The Mummy Mi
Copy and paste the code into your website.
New here? Learn how to read digital books for free