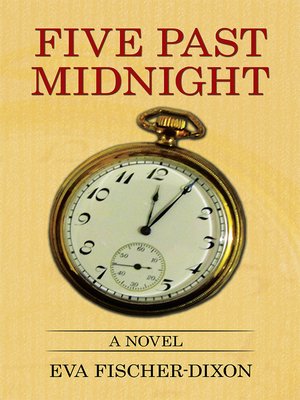 FictionRomance
In this sequel of Five til Midnight, the story follows the love story of the now-married Jake and Helene Mortensen. As Jakes movie career is steadily rising and Helenes novels and movie scripts are in demand, life was simply perfect for them. Jake could not be any happier when Helene found out that she was pregnant. And then, the unimaginable and unthinkable happened. Jake began to wonder if he was the source of all the misfortune that surrounds him. With his familys support, he returns to acting in movies that were previously scripted by Helene. During his next two filming projects, he encounters a beautiful Israeli actress, Ilana Dayan, and Reeva Pieterse, a daughter of a South African billionaire, a supermodel and successful actress in her own right. While both women are interested in Jake, he is tormented by the thoughts of his beloved Helene and simply could not move on. He pours his love into raising his son, Arthur, and when he finally resigned to the fact that there is more to life than living with memories, the shock of his life was waiting. He once again questions himself if he could get over the ultimate lies, betrayal, and learn to forgive and love again.
FictionRomance

I came into this troubled world during the early morning hours of June 17, 1950, in the city of Budapest, Hungary. I was the first and last child of my forty-one-year-old mother and my father who was forty-five years old at the time of my birth. A...

More about Eva Fischer-Dixon
Five Past Midnight
Copy and paste the code into your website.
New here? Learn how to read digital books for free