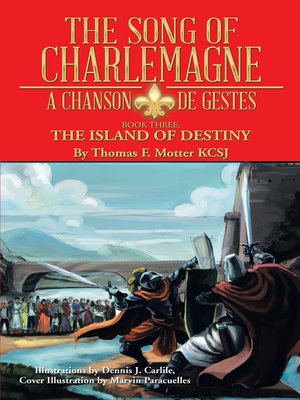 The Song of Charlemagne

A Chanson De Gestes--Book Three: the Island of Destiny

FictionThriller
During the period in history known as The Dark Ages, the general populace was illiterate. The only way for people to find out what was going on in the rest of the world was from traveling Jongeleurs or what most of us know as the troubadour. The king had his own, well-funded troubadour, who traveled the land putting his masters spin on how lucky his subjects were to have him for their sovereign. The Chansons de Gestes or, translated, Songs of Deeds grew out of this practice in France. Over the years they grew from a recounting of actual events sung by the troubadour to the peasantry from one village to the next that, over millennia, morphed into exaggerated tales, so preposterous that no one could take them for anything more than folk fairy tales. However, when placed under the microscope of scholarly historical research, one comes to discover that underlying every folktale is a grain of historical truth more fascinating than the folklore cover. In The Island of Destiny, which would originally have been related in song and verse, the troubadour brings the reader to an understanding of the roots of Honor, Romance and Chivalry as well as how King Charles of the Franks came to be known and addressed in his own lifetime as Charlemagne.
FictionThriller

The Song of Charlemagne
Copy and paste the code into your website.
New here? Learn how to read digital books for free