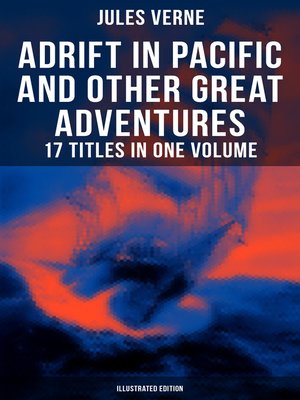 The Lesser Known Works from the Father of Science Fiction and the Famous Author of 20,000 Leagues Under the Sea, Journey to the Center of the Earth and Around the World in 80 days

Young Adult FictionYoung Adult Literature
Musaicum Books presents to you this carefully created volume of "Adrift in Pacific and Other Great Adventures – 17 Titles in One Volume (Illustrated Edition)". This ebook has been designed and formatted to the highest digital standards and adjusted for readability on all devices. Contents: Adrift in Pacific or, Two Years' Vacation Michael Strogoff: or, The Courier of the Czar The Blockade Runners Tribulations of a Chinaman in China The Castle of the Carpathians César Cascabel Kéraban the Inflexible Mistress Branican North Against South or, Texar's Revenge The Begum's Fortune The Flight to France or, The Memoirs of a Dragoon Facing the Flag Green Ray The Star of the South or, The Vanished Diamond Ticket No. "9672" or, The Lottery Ticket The Waif of the "Cynthia" The Fur Country Jules Verne (1828-1905) was a French novelist who pioneered the genre of science fiction. A true visionary with an extraordinary talent for writing adventure stories, his writings incorporated the latest scientific knowledge of his day and envisioned technological developments that were years ahead of their time. Verne wrote about undersea, air, and space travel long before any navigable or practical craft were invented. Verne wrote over 50 novels and numerous short stories.
Young Adult FictionYoung Adult Literature

Adrift in Pacific and Other Great Adventures – 17 Titles in One Volume (Illustrated Edition)
Copy and paste the code into your website.
New here? Learn how to read digital books for free