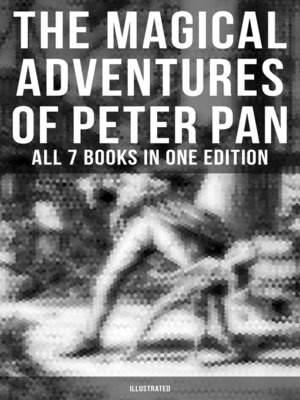 Young Adult FictionYoung Adult Literature
This is a complete collection of all Peter Pan Adventures written by James Matthew Barrie as well as other Peter Pan works written by other authors. It also includes the novel in which Peter Pan was first presented (The Little White Bird) even before the first and most famous Peter Pan story was written. Peter Pan; or, the Boy Who Wouldn't Grow Up or Peter and Wendy is J. M. Barrie's most famous work, tells the story of Peter Pan, a mischievous little boy who can fly, and his adventures on the island of Neverland with Wendy Darling and her brothers, the fairy Tinker Bell, the Lost Boys, the Indian princess Tiger Lily, and the pirate Captain Hook. The play and novel were inspired by Barrie's friendship with the Llewelyn Davies family. Barrie continued to revise the play for years after its debut; the novel reflects one version of the story. Content: 1. The Little White Bird (1902) 2. Peter Pan, or The Boy Who Wouldn't Grow Up (1904)- The Play 3. Peter Pan in Kensington Gardens (1906) 4. When Wendy Grew Up (1908) 5. Peter and Wendy (1911)- The Novel 6. The Peter Pan alphabet (1907) by Oliver Herford 7. The Story of Peter Pan Retold from the Fairy Play (1915) by Daniel O'connor
Young Adult FictionYoung Adult Literature

The Magical Adventures of Peter Pan--All 7 Books in One Edition (Illustrated)
Copy and paste the code into your website.
New here? Learn how to read digital books for free