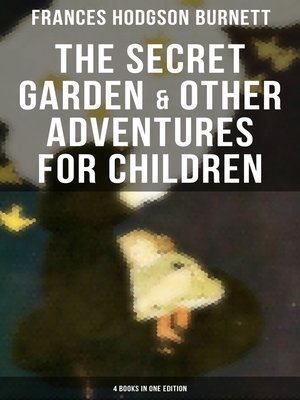 Including A Little Princess, Little Lord Fauntleroy & The Making of a Marchioness (or Emily Fox-Seton)

Young Adult FictionYoung Adult Literature
The Secret Garden (1911) tells an inspirational tale of transformation and empowerment. Mary Lennox, a sickly and contrary little girl, is orphaned to dim prospects in a gloomy English manor - her only friend is a bed-ridden boy named Colin whose prospects may be dimmer than hers. But when Mary finds the key to a Secret Garden, the magical powers of transformation fall within her reach. A Little Princess (1905) Sara Crewe, a pupil at Miss Minchin's London school, is left in poverty when her father dies, but is later rescued by a mysterious benefactor. Little Lord Fauntleroy (1886). Cedric Errol is a poor American boy who finds out that he is the sole heir to a wealthy British earldom and thus becomes Lord Fauntleroy. The Making of a Marchioness (1901) It was originally published in two parts: the first tells the fairy tale-like story of how our heroine, Emily Fox-Seton, became the Marchioness of Walderhurst. The second, originally titled The Methods of Lady Walderhurst, is a down-to-earth portrayal of the realities of Victorian marriage, with a bit of a Victorian sensation vibe to it. Frances Eliza Hodgson Burnett (1849 – 1924) was an English-American playwright and author. She is best known for her children's stories, in particular Little Lord Fauntleroy , A Little Princess, and The Secret Garden.
Young Adult FictionYoung Adult Literature

The Secret Garden & Other Adventures for Children--4 Books in One Edition
Copy and paste the code into your website.
New here? Learn how to read digital books for free