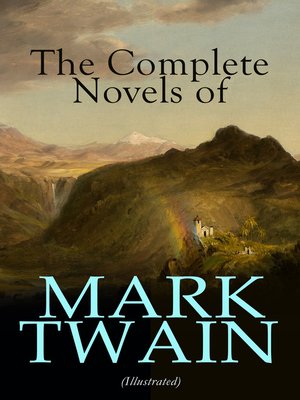 12 American Classics & Author's Biography: The Adventures of Tom Sawyer & Huckleberry Finn, A Horse's Tale, The Prince and the Pauper, The American Claimant, The Mysterious Stranger...

Young Adult FictionYoung Adult Literature
This edition of all Mark Twain's novels includes his famous historical and adventure classics, in which he is telling the children's and other tales in the witty and satirical style we all love and remember him by. Table of Contents: The Adventures of Tom Sawyer Adventures of Huckleberry Finn The Gilded Age The Prince and the Pauper A Connecticut Yankee in King Arthur's Court The American Claimant Tom Sawyer Abroad Personal Recollections of Joan of Arc Pudd'nhead Wilson Tom Sawyer, Detective A Horse's Tale The Mysterious Stranger Mark Twain: A Biography by Albert Bigelow Paine Samuel Langhorne Clemens (1835-1910), better known by his pen name Mark Twain, was an American writer, humorist, entrepreneur, publisher, and lecturer. He is best known for his two novels – The Adventures of Tom Sawyer and its sequel, the Adventures of Huckleberry Finn, but his satirical stories and travel books are also widely popular. His wit and satire, in prose and in speech, earned him praise from critics and peers. He was lauded as the greatest American humorist of his age.
Young Adult FictionYoung Adult Literature

The Complete Novels of Mark Twain (Illustrated)
Copy and paste the code into your website.
New here? Learn how to read digital books for free