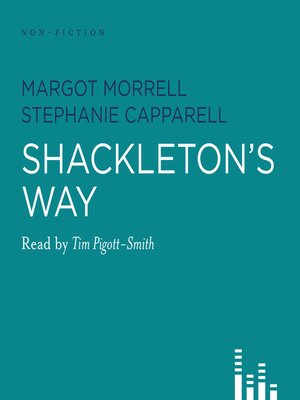 Shackleton's Way is a gripping and heroic tale of outstanding leadership and management. The authors, Margot Morrell and Stephanie Capparell one a historian, the other a journalist, analyse these skills through the story of Shackleton's life.
Sir Ernest Shackleton was one of the greatest explorers and leaders of men in the 20th Century. From 1914 to 1916 following the wreck of his ship Endurance and despite finding himself stranded 1200 miles from any form of communication and with no hope of rescue, he led all 27 of his men to safety. After spending several months on the pack-ice living on seals, dogs and penguins, they embarked on an heroic 800 mile trip across the frigid South Atlantic – in little more than a rowboat.