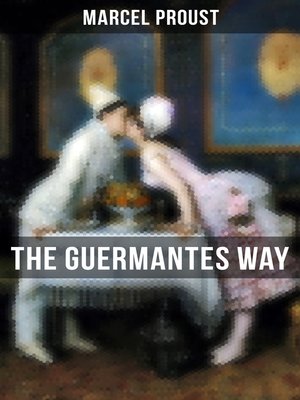 Young Adult FictionYoung Adult Literature
The unnamed adult protagonist has stepped into the dazzling Parisian society of 19th century where fashionable salons, gossips and appearances run galore. Amidst all of this, his own puzzling feelings for Mme. de Guermantes simultaneously become an obsession to overpower her as well as an acute insight into the minds of the upper classes. Can the unnamed protagonist grow above his contempt for Mme. de Guermantes' superficial nature and find his "true" love or is it another futile attempt – an unfulfilled memory? Marcel Proust (1871–1922) was an inspirational French novelist, critic, and essayist and is now considered as one of the most influential authors of the 20th century. His aesthetic craft and deep philosophical insight inspired a lot of Modern writers of his day. C. K. Scott Moncrieff (1889–1930) was a Scottish writer and translator, most famous for his English translation of Proust's novels which he published under the Shakespearean title of Remembrance of Things Past.
Young Adult FictionYoung Adult Literature

The Guermantes Way
Copy and paste the code into your website.
New here? Learn how to read digital books for free