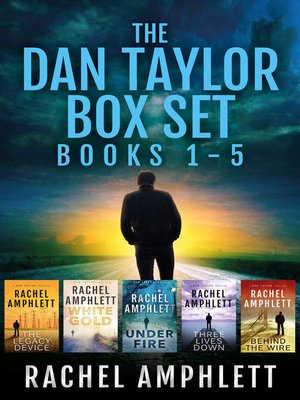 This action-packed collection includes books 1-5 in the Dan Taylor series.

The British Army left Iraq in 2009 after a six-year campaign alongside coalition forces. What they left behind has remained a closely guarded secret – until now.

On his last tour of duty, Royal Engineer EOD operator Dan Taylor discovers a conspiracy that will have consequences reaching far beyond the country's war-torn borders.

With no choice but to follow orders, Dan realises that the legacy he and his commanding officer leave behind will have an unimaginable impact on the future of Iraq, and that of the British secret service.

But first, he has to survive the mission

With the Prime Minister determined to re-negotiate the country's place in the European Union, and deals being struck behind closed doors, Dan stumbles across a plot that will shake the country to its core.

Dan Taylor is trying to keep a low profile when an old friend contacts the Energy Protection Group seeking his help.

The man's daughter is alone in North Africa, and her life is in grave danger.

The Dan Taylor Box Set
Copy and paste the code into your website.
New here? Learn how to read digital books for free