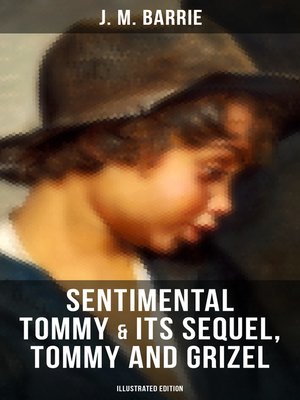 Tale of a Young Orphan Boy Growing up in London & Scotland

Young Adult FictionYoung Adult Literature
Sentimental Tommy – A young Tommy is living in the slums of London, with his mother and soon he gets a baby sister Elspeth. After the death of their mother, Tommy and his sister move to Scotland with a man scorned by their mother many years ago. Tommy's imagination and ability to create fantasy worlds for them to live in help them survive. Tommy and Grizel – Tommy decides to move back to London where he starts working for O. P. Pym, a hack author of thrilling stories, attempting to make it as a writer himself. After he does, Tommy goes back to Scotland and reunits with Grizel, his childhood sweetheart. Sir James Matthew Barrie (1860-1937) was a Scottish novelist and playwright, best remembered today as the creator of Peter Pan. He was born and educated in Scotland but moved to London, where he met the Llewelyn Davies boys, who inspired him to write about a baby boy who has magical adventures in Kensington Gardens, then to write Peter Pan, or The Boy Who Wouldn't Grow Up, a "fairy play" about an ageless boy and an ordinary girl named Wendy who have adventures in the fantasy setting of Neverland.
Young Adult FictionYoung Adult Literature

SENTIMENTAL TOMMY & Its Sequel, Tommy and Grizel (Illustrated Edition)
Copy and paste the code into your website.
New here? Learn how to read digital books for free