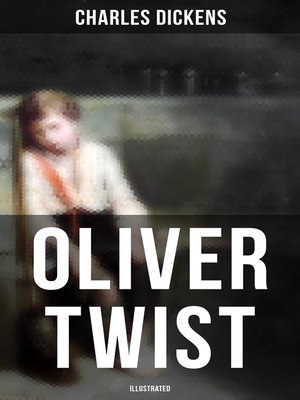 Including "The Life of Charles Dickens" & Criticism of the Work

Young Adult FictionYoung Adult Literature
Oliver Twist is an orphan boy who starts his life in a workhouse and then gets sold into apprenticeship with an undertaker. He escapes from there and travels to London, where he meets the Artful Dodger, a member of a gang of juvenile pickpockets led by the elderly criminal, Fagin. Oliver Twist is notable for its unromantic portrayal by Dickens of criminals and their sordid lives, as well as for exposing the cruel treatment of the many orphans in London in the mid-19th century. Charles Dickens (1812-1870) was an English writer and social critic. He created some of the world's best-known fictional characters and is regarded as the greatest novelist of the Victorian era. His works enjoyed unprecedented popularity during his lifetime, and by the twentieth century critics and scholars had recognized him as a literary genius. His novels and short stories enjoy lasting popularity.
Young Adult FictionYoung Adult Literature

Oliver Twist (Illustrated)
Copy and paste the code into your website.
New here? Learn how to read digital books for free