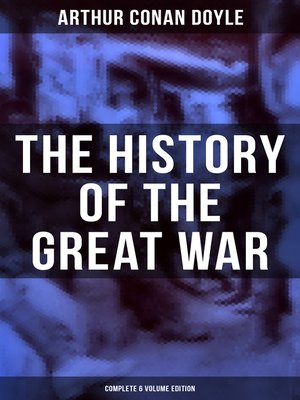 The History of the Great War (Complete 6 Volume Edition)

HistoryMilitaryNonfiction
This eBook edition of "The History of the Great War" has been formatted to the highest digital standards and adjusted for readability on all devices. This book is a six volume history of the World War I, written during the war by Arthur Conan Doyle. Doyle interviewed army generals, read their papers and diaries, and he also talked to numerous soldiers in order to get a full picture. He describes all the main battles of the British Army, offering very detailed accounts of battles, where great feats of bravery and courage are given. Arthur Conan Doyle (1859-1930) was a British writer best known for his detective fiction featuring the character Sherlock Holmes. The Sherlock Holmes stories are generally considered milestones in the field of crime fiction. Doyle is also known for writing the fictional adventures of Professor Challenger and for propagating the mystery of the Mary Celeste. He was a prolific writer whose other works include fantasy and science fiction stories, plays, romances, poetry, non-fiction and historical novels. No problem, he has another small assignment to finish on monday, so that extra can be for that.
HistoryMilitaryNonfiction

The History of the Great War (Complete 6 Volume Edition)
Copy and paste the code into your website.
New here? Learn how to read digital books for free