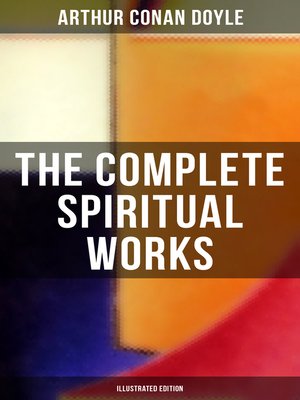 The History of Spiritualism, The New Revelation, The Vital Message,The Wanderings of a Spiritualist, The Spiritualist's Reader, The Edge of the Unknown, Stranger Than Fiction, The Uncharted Coast...

New AgeReligion & SpiritualityNonfiction
This carefully edited collection has been designed and formatted to the highest digital standards and adjusted for readability on all devices. Arthur Conan Doyle had a longstanding interest in mystical subjects and remained fascinated by the paranormal. At the height of the Great War a change came over his beliefs. The deaths he saw around him made him rationalize that spiritualism was a "New Revelation" sent by God to bring solace to the bereaved. Doyle found solace supporting spiritualism and its attempts to find proof of existence beyond the grave. He wrote many books and papers on the subject: The New Revelation The Vital Message The Wanderings of a Spiritualist The Coming of the Fairies The History of Spiritualism Pheneas Speaks The Spiritualist's Reader The Edge of the Unknown Stranger Than Fiction Fairies Photographed The Mediumship of Florence Cook The Houdini Enigma The Uncharted Coast The Law of the Ghost A New Light on Old Crimes The Shadows on the Screen An Old Story Retold The Absolute Proof A Worker of Wonders Memories and Adventures: An Autobiography Arthur Conan Doyle (1859-1930) was a British writer best known for his detective fiction featuring the character Sherlock Holmes. The Sherlock Holmes stories are generally considered milestones in the field of crime fiction. Doyle is also known for writing the fictional adventures of Professor Challenger and for propagating the mystery of the Mary Celeste. He was a prolific writer whose other works include fantasy and science fiction stories, plays, romances, poetry, non-fiction and historical novels.
New AgeReligion & SpiritualityNonfiction

The Complete Spiritual Works of Sir Arthur Conan Doyle (Illustrated Edition)
Copy and paste the code into your website.
New here? Learn how to read digital books for free