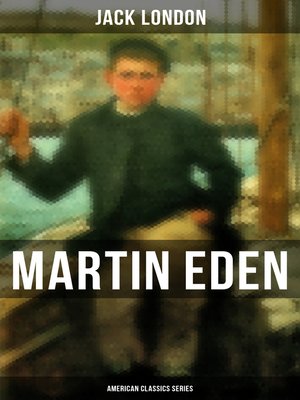 FictionLiterature
Martin Eden is a tale about a young sailor struggling to become a writer. Eden is trying to rise above his destitute, proletarian circumstances through an intense and passionate pursuit of self-education, hoping to achieve a place among the literary elite. His principal motivation at first is his love for Ruth Morse. Because Eden is a rough, uneducated sailor from a working-class background and the Morse's are a bourgeois family, a union between them would be impossible unless and until he reached their level of knowledge and refinement. Jack London (1876-1916) was an American novelist, journalist, and social activist. His amazing life experience also includes being an oyster pirate, railroad hobo, gold prospector, sailor, war correspondent and much more. He wrote adventure novels & sea tales, stories of the Gold Rush, tales of the South Pacific and the San Francisco Bay area - most of which were based on or inspired by his own life experiences.
FictionLiterature

Martin Eden (American Classics Series)
Copy and paste the code into your website.
New here? Learn how to read digital books for free