ebook ∣ More Wit and Wisdom from the House of Windsor 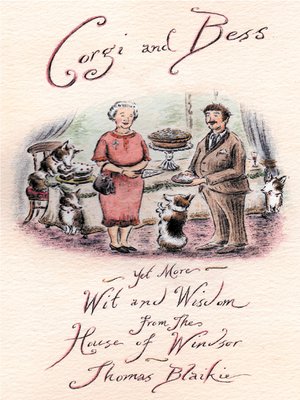 Following the success of 'You Look Awfully Like the Queen', this is a second anthology of hilarious and touching royal anecdotes, collected by Thomas Blaikie.

An unfortunate culture clash occurred when a Geordie councillor was invited to one of the Queen's informal lunches. As is the old-fashioned custom there were two puddings. The Queen enquired, 'Would you like cake or meringue?' 'No, y'er not wrang, Your Majesty,' the councillor replied. 'I'll have the cake.'

On a Royal visit to St Albans Abbey in January 2006, the Duchess of Cornwall spied a ladder in a corner and attempted to make an unscheduled ascent. 'Not in those shoes,' her lady-in-waiting said firmly, bringing the runaway Duchess back into line.

'It's for my nanny,' Prince Harry thoughtfully explained to a somewhat wide-eyed assistant at Selfridges as she popped his purchase into a bag. It was a maribou-trimmed thong.

The Royal Family has been a source of curiosity and amusement for centuries, and in this delightful little book, Thomas Blaikie takes a second fond look at the UK's first family. Published to mark the Queen's 80th birthday, this second instalment includes more stories of our favourite royals, along with newer additions to the adult clan, including the Duchess of Cornwall and Princes William and Harry.