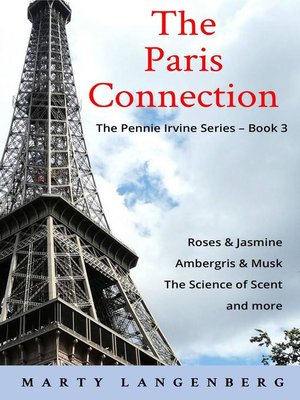 Do you believe in coincidences?

All Pennie Irvine wants is to give her friend, Chris Tonkin, the chance to study at the world-famous French school for parfumiers. So, why does her arch enemy, mob-boss Joe Luca, turn up in Paris at the same time?

What is his connection with the Corsican Mafia, Albania and LAVA?

Pennie hasn't seen Steph Laskarina since they both escaped from the insane Reverend Williams and his besotted wife, Beth. So, why is Steph suddenly appearing around Paris tourist attractions before she finally seeks Pennie out at the bar where she works, but doesn't have time to explain?

We know by now that Pennie is no shrinking violet. When one of Joe Luca's henchmen tries to use her as a shield, she deals with him, of course! And, when she walks away from the murder and mayhem of Paris, why does she suddenly return to Sydney to embrace a new career and to build a business in a, perhaps not altogether unexpected, field?

And, what about her son, Daniel's, father?