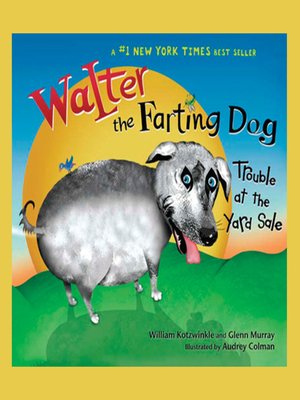 Trouble At the Yard Sale

Juvenile FictionJuvenile LiteratureMysteryHumor (Fiction)
Walter's family is holding a yard sale, but there are few customers. Walter, fartingcontentedly near Father, wonders why. When a man offers ten dollars for Walter, Father readily agrees. Walter wonders why. Walter is sad to leave his family behind, but relieved to discover that his new owner is a clown. Walter figures he will help the clown bring joy to children on their birthdays. But the clown has a dastardly plot: he will use Walter's gas to inflate balloons and then pop them to stun guards during bank robberies. Will Walter turn to the dark side? Of course not! He comes out a hero and is reunited with his family by doing what he does best.
Juvenile FictionJuvenile LiteratureMysteryHumor (Fiction)

William Kotzwinkle is the author of such enduring classics as The Fan Man, Fata Morgana, and E.T.: The Extra-Terrestrial. His novel, The Game of Thirty, was hailed by Stephen King as "top-level entertainment . . . a suspense novel to rank with the...

More about William Kotzwinkle
Walter the Farting Dog
Copy and paste the code into your website.
New here? Learn how to read digital books for free