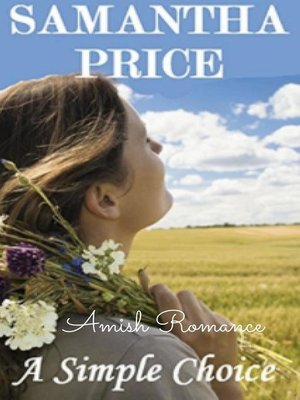 When Amish girl Kate was 14, the 19 year old Benjamin promised to marry her when she was old enough.
Yet a few years later, Kate finds that Benjamin has married another Amish woman. Why did the honorable Benjamin go back on his word and marry someone else?
Kate's faith is shaken, and she vows to leave the Amish as soon as she is able.
After four years living in the Englisch world, Kate feels neither Amish nor Englisch.
To make matters worse, living away from her Amish community and away from Benjamin has done nothing to lessen Kate's feelings for him.
Kate asks God to grant her a husband, yet never in her wildest dreams could she have imagined the way in which this unfolds.

Samantha Price is a best selling author who knew she wanted to become a writer at the age of seven, while her grandmother read to her Peter Rabbit in the sun room. Though the adventures of Peter and his sisters Flopsy, Mopsy, and Cotton-tail start...

More about Samantha Price
Amish Romance
Copy and paste the code into your website.
New here? Learn how to read digital books for free