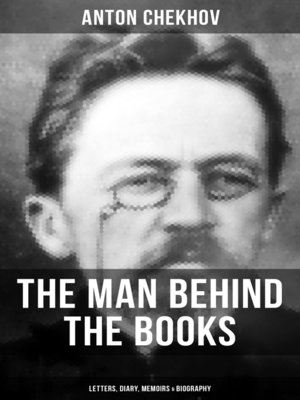 ANTON CHEKHOV--The Man Behind the Books

Letters, Diary, Memoirs & Biography: Assorted Collection of Autobiographical Writings of the Renowned Russian Author and Playwright of Uncle Vanya, The Cherry Orchard, The Three Sisters and The Seagull

FictionLiterary Anthologies
Musaicum Books presents to you "ANTON CHEKHOV - The Man Behind The Books: Letters, Diary, Memoirs & Biography". This eBook edition has been formatted to the highest digital standards and adjusted for readability on all devices. Excerpt: "DEAR BROTHER MISHA, I got your letter when I was fearfully bored and was sitting at the gate yawning, and so you can judge how welcome that immense letter was. Your writing is good, and in the whole letter I have not found one mistake in spelling. But one thing I don't like: why do you style yourself "your worthless and insignificant brother"? You recognize your insignificance? ... Recognize it before God; perhaps, too, in the presence of beauty, intelligence, nature, but not before men. Among men you must be conscious of your dignity. Why, you are not a rascal, you are an honest man, aren't you? Well, respect yourself as an honest man and know that an honest man is not something worthless. Don't confound "being humble" with "recognizing one's worthlessness." ..." (Letters of Anton Chekhov To His Family and Friends) Anton Chekhov (1860 -1904) was a Russian physician, dramaturge and author who is considered to be among the greatest writers of short stories in history. Chekhov practised as a medical doctor throughout most of his literary career. Along with Henrik Ibsen and August Strindberg, Chekhov is often referred to as one of the three seminal figures in the birth of early modernism in the theatre. He made no apologies for the difficulties this posed to readers, insisting that the role of an artist was to ask questions, not to answer them. Contents: Biography by Constance Garnett Autobiographical Writings: Letters of Anton Chekhov to his Family and Friends Notebook of Anton Chekhov Reminiscences of Anton Chekhov: Fragments of Recollections by Maxim Gorky A. P. Chekhov by Ivan Bunin To Chekhov's Memory by Alexander Kuprin
FictionLiterary Anthologies

ANTON CHEKHOV--The Man Behind the Books
Copy and paste the code into your website.
New here? Learn how to read digital books for free