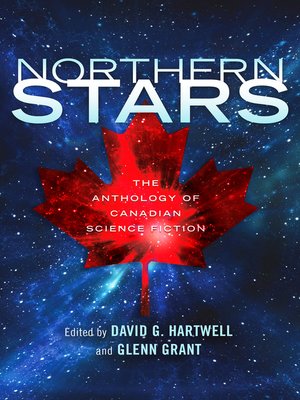 The Anthology of Canadian Science Fiction

From the earliest days of modern science fiction, Canada has given readers some of the most important authors in the field—and many of the finest stories. World Fantasy Award-winning editor David G. Hartwell has teamed up with Canadian writer and critic Glenn Grant to compile Northern Stars, an anthology of stories by the writers who have built Canada's rich science fiction tradition. Now in paperback for the first time, Northern Stars is the definitive overview of science fiction's northern frontier, a valuable addition to any fan's library.

David G. Hartwell, called "an editor extraordinaire" by Publishers Weekly, is one of science fiction's most experienced and influential editors. As an editor with Berkley Books, Pocket Books, William Morrow, and Tor Books, he has worked with many ...

GLENN GRANT is a book reviewer for the Montreal Gazette and the editor of Edge Detector, a Canadian magazine of speculative fiction. His books include the short story collection Burning Days. He lives in Montreal.

More about Glenn Grant
Northern Stars
Copy and paste the code into your website.
New here? Learn how to read digital books for free