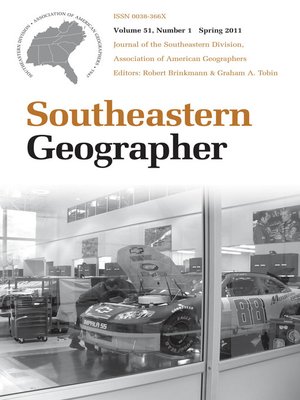 Economic Geography in the South, Spring 2011

Bob Brinkman is a Professors in the Department of Geography at the University of South Florida in Tampa Florida.

More about Robert Brinkmann
Southeastern Geographer
Copy and paste the code into your website.
New here? Learn how to read digital books for free