Journal of the Civil War Era 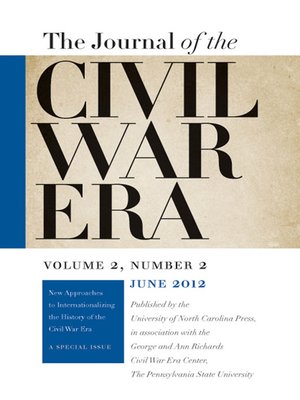 Notes on Contributors
The Journal of the Civil War Era takes advantage of the flowering of research on the many issues raised by the sectional crisis, war, Reconstruction, and memory of the conflict, while bringing fresh understanding to the struggles that defined the period, and by extension, the course of American history in the nineteenth century.