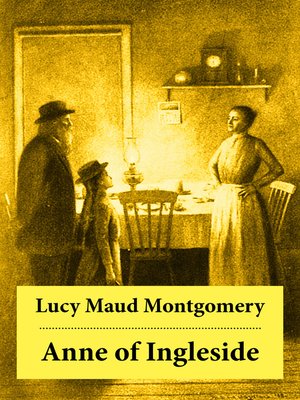 Young Adult FictionYoung Adult Literature
This carefully crafted ebook: "Anne of Ingleside (Anne Shirley Series, Unabridged)" is formatted for your eReader with a functional and detailed table of contents. Anne of Ingleside is a children's novel by Maud Montgomery, first published in 1939. It is the sixth book in the "Anne Shirley" chronology, and Montgomery's final published novel. The novel is one of a series of books featuring the character Anne Shirley. Montgomery found her inspiration in a newspaper article about a couple who were mistakenly sent an orphan girl instead of a boy, yet decided to keep her. She also drew upon her own childhood experiences in rural Prince Edward Island, Canada. A photograph of Evelyn Nesbitt, clipped from an American magazine and pasted to the wall near the author's writing desk, was also used as a model for Anne. Lucy Maud Montgomery (1874 – 1942), was a Canadian author best known for a series of novels beginning with Anne of Green Gables. Montgomery went on to publish 20 novels as well as 530 short stories, 500 poems, and 30 essays.
Young Adult FictionYoung Adult Literature

Anne of Ingleside
Copy and paste the code into your website.
New here? Learn how to read digital books for free