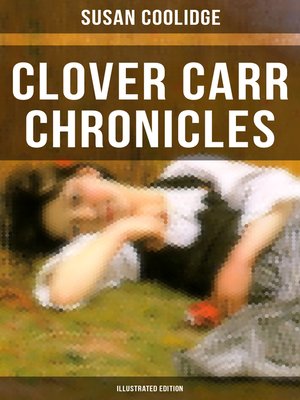 Young Adult FictionYoung Adult Literature
Clover – In this sequel to What Katy Did Trilogy, Clover Carr (Katy's sister) is now grown up and after Katy's marriage she is left to take care of his ailing brother "Little Phill" in the mountains of Colorado. Luckily for the home-sick Clover, her cousin Clarence Page also lives there with his partner Geoff Templestowe and young love blossoms between Geoff and Clover! In the High Valley – the second sequel to What Katy Did series narrates the story of Cousins from Britain, Lionel and Imogen, when they visit their American counterparts. Clover now happily married is at her wits end with Imogen's prejudices, and Katy makes a comeback. "Curly Locks" – is an interesting story about Dr. Carr, the father of Katy and Clover. Susan Coolidge, pen name of Sarah Chauncey Woolsey (1835–1905), was an American children's author who is best known for her Katy Carr Series. The fictional Carr family of this series was modeled after Woolsey's own family and the protagonist Katy Carr was inspired by Woolsey herself; while the brothers and sisters "Little Carrs" were modeled on her four younger siblings. Table of Contents: Susan Coolidge (Biography) Novels: Clover In the High Valley Spin-Off: Dr. Carr in "Curly Locks"
Young Adult FictionYoung Adult Literature

Clover Carr Chronicles (Illustrated Edition)
Copy and paste the code into your website.
New here? Learn how to read digital books for free