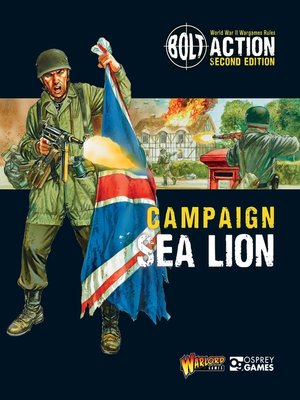 The year is 1940, and the German invasion of Britain has begun. With this new campaign book for Bolt Action, players can fight the battles of World War II's greatest 'what if' scenario. Defend the cliffs of Dover and the beaches of Kent from wave after wave of German landing craft. Parachute into the Home Counties in a surgical strike to capture Winston Churchill. Rally the Home Guard in a last, desperate attempt to keep England free of the Nazi invaders! Containing new rules, scenarios, and unit types covering all of the unique features of this alternate history campaign, it offers a chance for all Bolt Action players to truly rewrite the history of World War II.