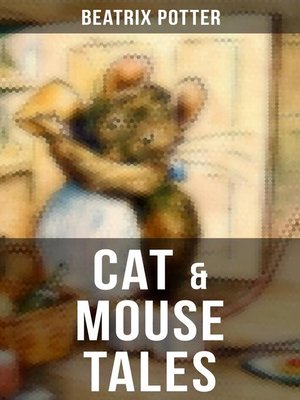 Juvenile FictionJuvenile LiteratureHumor (Fiction)
This unique collection of Beatrix Potter's most beloved children's books has been designed and formatted to the highest digital standards. "The Tailor of Gloucester" is about a tailor whose work on a waistcoat is finished by the grateful mice he rescues from his cat and was based on a real world incident involving a tailor and his assistants. For years, Potter declared that of all her books it was her personal favourite. "The Tale of Two Bad Mice" is about two mice who vandalize a dollhouse. When the little girl who owns the dollhouse discovers the destruction, she positions a policeman doll outside the front door to ward off any future depredation. "The Tale of the Pie and the Patty-Pan" tells of a cat called Ribby and a tea party she holds for a dog called Duchess. Complications arise when Duchess tries to replace Ribby's mouse pie with her own veal and ham pie, and then believes she has swallowed a small tin pastry form called a patty-pan. Its themes are etiquette and social relations in a small town. "The Story of Miss Moppet" - Miss Moppet is a kitten teased by a mouse. While pursuing him she bumps her head on a cupboard. She then wraps a duster about her head, and sits before the fire "looking very ill"... "The Tale of Tom Kitten" is about manners and how children react to them. Tabitha Twitchit, a cat, invites friends for tea. She washes and dresses her three kittens for the party, but within moments the kittens have soiled and lost their clothes... "The Tale of Samuel Whiskers (The Roly-Poly Pudding)" tells of Tom Kitten's escape from two rats who plan to make him into a pudding. "The Tale of Mrs. Tittlemouse" is about tidiness. Mrs. Tittlemouse is a woodmouse who lives in a "funny house" of long passages and storerooms beneath a hedge. "The Tale of Johnny Town-Mouse"
Juvenile FictionJuvenile LiteratureHumor (Fiction)

CAT & MOUSE TALES – Complete Series With All Original Illustrations (8 Children's Books in One Volume)
Copy and paste the code into your website.
New here? Learn how to read digital books for free