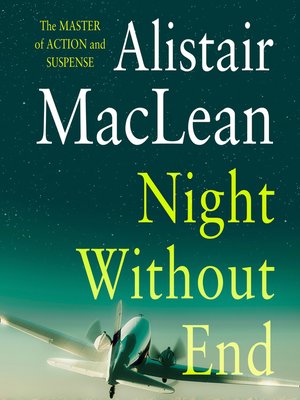 FictionSuspenseThriller
From the acclaimed master of action and suspense. The all time classic. An airliner crashes in the polar ice-cap. In temperatures 40 degrees below zero, six men and four women survive. But for the members of a remote scientific research station who rescue them, there are some sinister questions to answer – the first one being, who shot the pilot before the crash?
FictionSuspenseThriller

More about Alistair MacLean
Night Without End
Copy and paste the code into your website.
New here? Learn how to read digital books for free