The Clash on Clash

ebook ∣ Interviews and Encounters · Musicians in Their Own Words 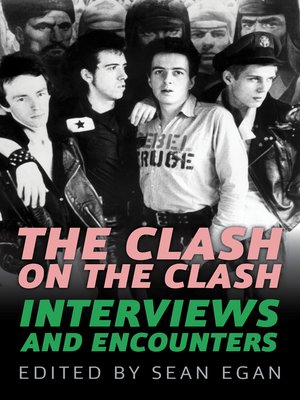 Musicians in Their Own Words

The Clash thought they could change the world. They never did, but they created some of the greatest rock music of all time in the attempt.
Clash interviews were mesmerizing. Infused with the messianic spirit of punk, the Clash engaged with the press like no rock group before or since, treating interviews almost as addresses to the nation. Their pronouncements were welcomed but were hardly uncritically reported. The Clash's back pages are voluminous, crackle with controversy, and constitute a snapshot of a uniquely thoughtful and fractious period in modern history. Included in this compendium are the Clash's encounters with the most brilliant music writers of their time, including Lester Bangs, Nick Kent, Mikal Gilmore, Chris Salewicz, Charles Shaar Murray, Mick Farren, Kris Needs, and Lenny Kaye.
Whether it be their audience with the (mainly) simpatico likes of punk fanzine Sniffin' Glue, their testy encounters with the correspondents of pious UK weeklies like New Musical Express, Melody Maker, and Sounds, or their friendlier but no less eyebrow-raising conversations with US periodicals like Creem and Rolling Stone, the Clash consistently created copy that lived up to their sobriquet "The Only Band That Matters."

Musicians in Their Own Words