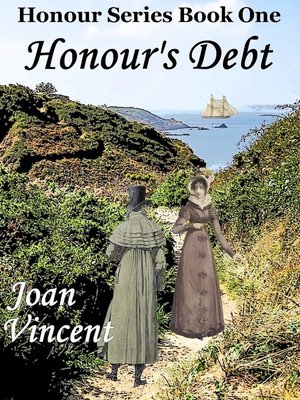 Major Quentin Bellaport sets out to redeem a debt of honour but falling in love was not part of the plan. Intent on saving Maddie Vincoer, who has concealed her father's death, from the maelstrom of a funeral, a wedding, and kidnappings, he can only pray she'll forgive his deceit. Will she believe she is not a pawn to his Honour's Debt? 1st of the Honour Series by Joan Vincent; Regency Romantic Suspense

Honour's Debt
Copy and paste the code into your website.
New here? Learn how to read digital books for free