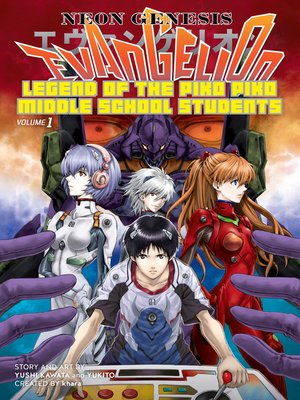 Comic and Graphic BooksFiction
Mysterious invaders are threatening Earth...so recruit a group of elite schoolkids to play videogames that secretly train them for the real fight that lies ahead! Does this plan sound familiar? Well, they'd better get a new plan, because the elite schoolkids are Shinji, Rei, Asuka, and Kaworu, and they're too busy playing games to ever get in the fricking robot!
Comic and Graphic BooksFiction

Khara, Inc. is a Japanese animation studio best known for its work on the Rebuild of Evangelion film tetralogy. Studio Khara is the primary an animation production studio. It was founded by Hideaki Anno in May 2006. Anno remains president of the s...