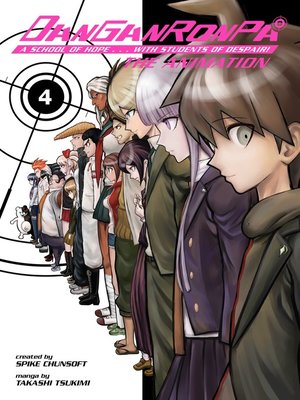 View more libraries...
With only six students remaining alive out of the original 15, the final trial will also reveal the mastermind behind their imprisonment in Hope's Peak Academy...and the true purpose behind the deadly game they've been forced to play! The survivors might count themselves lucky to have been right...but are they sure they've counted themselves right...?

The latest Danganronpa videogame was released in 2016 through NIS America!

Based on the Danganronpa anime TV show, released in 2015 through Funimation.