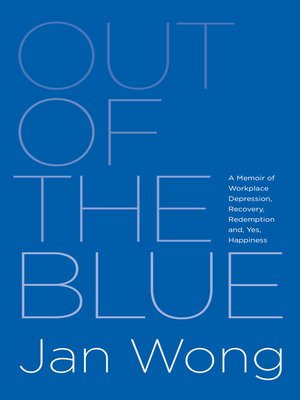 Out of the Blue

A Memoir of Workplace Depression, Recovery, Redemption and, Yes, Happiness

For twenty years, Jan Wong had been one of her newspaper's best-known reporters. Then one day she turned in a story that set off a firestorm of controversy, including death threats, a unanimous denunciation by Parliament and a rebuke by her own newspaper. For the first time in her professional life, Wong fell into a severe clinical depression. Yet she resisted the diagnosis, refusing to believe she had a mental illness. As it turned out, so did her company and insurer. With wit, grace and insight, Wong tells the harrowing tale of her struggle with workplace-caused depression, and of her eventual emergence ... Out of the Blue.

Out of the Blue
Copy and paste the code into your website.
New here? Learn how to read digital books for free