Getting Rid of Ian: a Memoir of Poison, Pills, and Mortal Sins 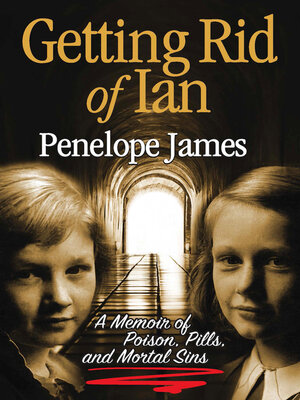 The narrator, Penny/Pennie, a knowing child, lives with sister Anne, flamboyant Mexican-American Mummy/Tita and retired Royal Navy Commander Daddy in an English seaside village. Tita, a plane crash survivor, feels she has lost out in life. Daddy is an inventor, but his inventions fail to catch on and money runs out. Tita takes the girls to live in Mexico City where Ian, a married man, falls in love with her. She divorces Daddy and marries Ian in a civil ceremony, thus scandalizing and alienating her from family, society and the Catholic Church.

After marrying Tita, Ian is no longer the jovial uncle he had appeared to be. Unbalanced and irascible, this former spymaster exerts a hypnotic control over Tita. He terrorizes the girls, makes life unbearable for them, and his addiction to drugs—sedatives and sleeping pills—sends him over the edge.

Motivated by a great-aunt and a family friend, the girls plot to do away with Ian using witchcraft, homemade poison, drugs, and voodoo. Their efforts have mixed results. Ian suffers a coronary thrombosis; he overdoses; a car runs over him. His drug addiction turns him into "the Zombie." The Zombie/Ian creates havoc, and the girls and Mummy live in fear of his destructive actions. As the Zombie's actions escalate, the girls are forced to make some drastic decisions that will affect the rest of their lives.