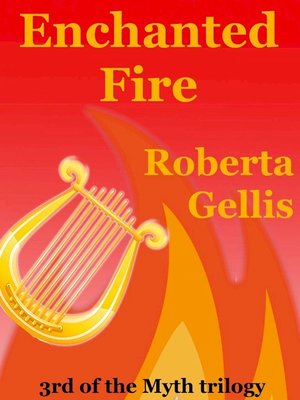 Orpheus played enchantment on his lyre. Eurydice was an educated Thracian and had a Gift. They both wound up on the Argo, sailing with Jason, and fell in love. But Orpheus insisted in settling in Greece, where women were subservient to men, and when he was away, the villagers ambushed Eurydice and "sacrificed" her to Hades, where the Gifted were often situated. Would Orpheus follow? 3rd of the Myth trilogy by Roberta Gellis; originally published by Pinnacle

Enchanted Fire
Copy and paste the code into your website.
New here? Learn how to read digital books for free