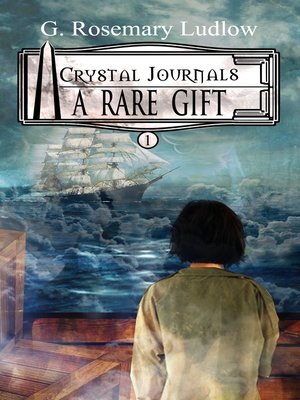 Juvenile FictionHistorical Fiction
Ten-year-old Susan Sinclair is a typical girl whose most exotic pastime, in the normal course of things, is her weekly martial arts class. But when a complete stranger gives her a rare crystal while she's at a flea market with her parents, everything changes.When Susan sleeps, she wakes up on a nineteenth-century migrant ship headed for New York City. There, she meets a young boy named Jeremy who was orphaned at the beginning of the vessel's journey.When Susan attempts to return the crystal, she learns it has chosen her to go to places in the past where something is wrong and must be set right, and she can't give the stone away until it determines the time is right. Susan, who does not even like Jeremy, is outraged.However, as her travels through time continue, she softens toward the unfortunate boy and decides to give this new adventure a chance. But on one return visit to the ship, a bully steals the crystal—and Susan finds herself stuck in the past. She will have to summon all the bravery and resourcefulness she can to escape from a danger beyond her wildest dreams.
Juvenile FictionHistorical Fiction

G.Rosemary Ludlow is a storyteller who spent years in her native Australia as a schoolteacher. Whether she taught children history, geography, or arithmetic, Rosemary always found a way to integrate stories into the classroom. After moving to Cana...

More about G.Rosemary Ludlow
A Rare Gift
Copy and paste the code into your website.
New here? Learn how to read digital books for free